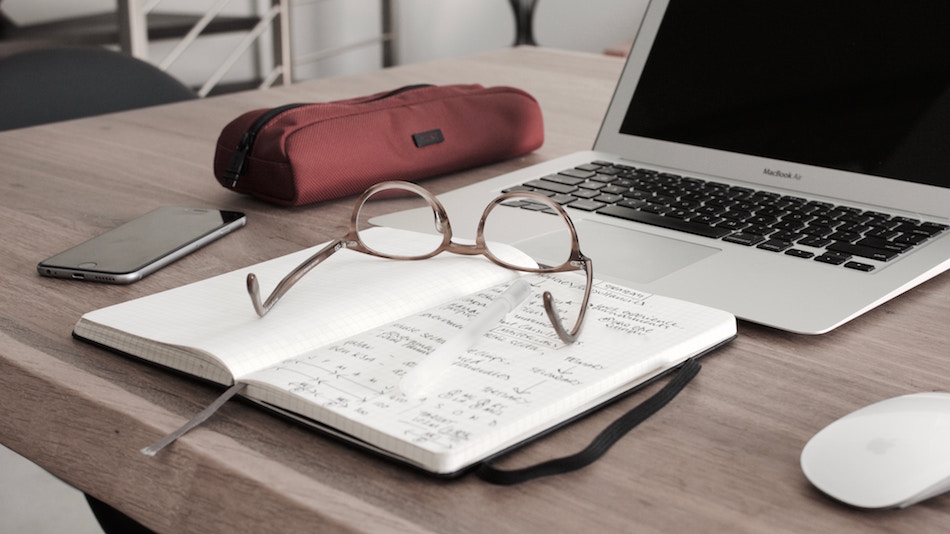 Writing for your career is hard. Take it from someone who knew they wanted to be a writer since they were eight (surprise, it’s me!).

Becoming a writer means hours of sitting at a blank Word/Google/Pages doc—definitely stressing, possibly crying. It means creating a believable world, narrative, and characters. This goes for both nonfiction and fiction. It means creating something that someone wants to read from beginning to end.

I, at twenty-two, just graduated with my Bachelor of Fine Arts in Creative Writing. Some people (like my parents) believe this automatically makes me a capital “W” Writer. Even my professors said that at our department graduation when they welcomed us into the Real World.

And this may be an unpopular opinion, but you don’t have to be published to be a Writer. All you have to do is actually take the time to write what you think is a good story.

This means you can be a writer whenever you feel like you’re a writer. It can be Day One, when you decided to write that novel you’ve thought about for five years. It can be after you read that memoir and decided you should write your own. It can be the first day of your English 101/Intro to Creative Writing college class, the day you graduate with a Masters in Business Degree, or the day you finally get that memoir/short story collection/poetry book picked up from an agent or publisher.

Like I said, I’ve wanted to be a writer for most of my life. I played “author” instead of “house” when I was kid. (If you want more of that story, read the preface to my thesis. It’s quite riveting.) I was fifteen the first time I considered myself a capital W Writer. A short story I’d written was selected to be published in a themed anthology for writers aged 13-18. It was the second time I’d sent my writing out, the first time a year earlier. I wrote that (terribly written) Young Adult story when I was fourteen and depressed, but hey, thanks Peak City Publishing in Apex, North Carolina for picking it up.

Shortly after my fifteen-year-old conceited-self had that short story published, the novels started pouring out. Five within two years. I was voted “Most Likely to be a Published Author” in my senior superlatives. I was querying novels at eighteen, sending out excerpts and short stories to magazines when I was nineteen. And I kept getting rejected. Ouch.

I was a good Writer, though. I mean, who else can say they were published at fifteen? Why was I getting rejected over and over again?

It took one semester at my university to realize that I wasn’t as good of a writer as I thought. It took me about a year and a half to realize rejection was part of being a capital W Writer. Now, I welcome it. This past semester I sent the same essay out to—hold on, let me check my Submittable account—eight magazines and two places have declined it so far. I’m not surprised, nor hurt. My first nonfiction publication, “The Alcoholic in Me,” published by yours truly Capulet Mag, was sent to four magazines. One had already declined the essay. Rejection is normal in writing.

Moral of the story: you are a Writer when you say you’re a Writer and don’t be afraid of rejection. Both will happen in time when it’s supposed to happen. I applaud you for writing, for sending your work out. Being a Writer is probably one of the hardest careers, no matter what anyone else says. But if I can do it, and the hundreds of thousands of others who have done it are doing it now, so can you. Write on.

This is a guest post by Carey Cecelia Shook. Carey Cecelia Shook is a recent Creative Writing graduate from the University of North Carolina. Soon, she will be moving to New York City to intern at Foundry Literary + Media. All she wants in life is to eat a lot of sushi, be the next Leslie Knope, and raise awareness for mental illnesses through her writing. Follow her on Twitter and Instagram @careyshook, and her nonfiction can be found (here!) at Capulet Mag.

Are you interested in being a guest contributor for Capulet Mag? Learn more here.

Samantha is an editor of Capulet Mag and also the resident web designer. She blogs full-time at Samanthability.com from her home in Orlando, FL.