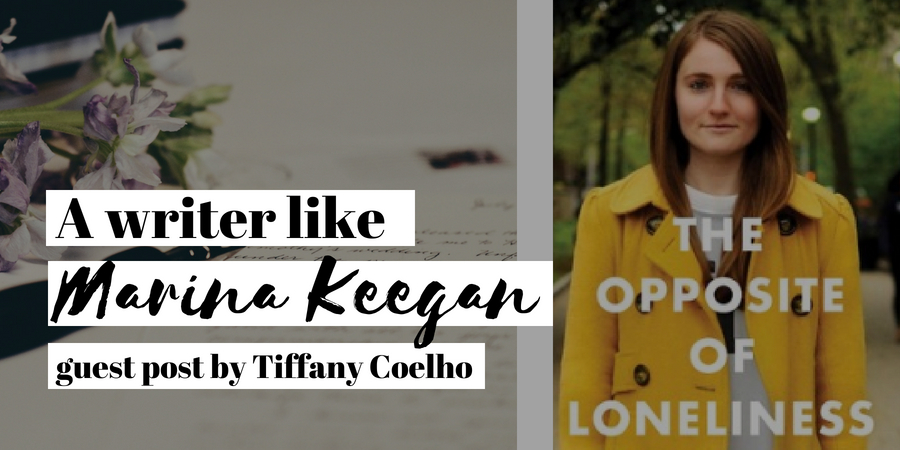 People who write have always inspired me.

Four months ago, I graduated with a Bachelor’s Degree in English. English was essentially the right major to focus on because reading has always interested me more than writing. But once upon a time, for a few years, writing short stories was my favorite pastime. This, of course, was before the crushing realization that writing was difficult, and making it as a writer was near impossible, hit me. So I gave up on a dream and focused on academic writing and reading classics, but I never stopped admiring writers for their drive and passion to write the stories I held dear to my heart.

The reasonable side of me won and the dreamer in me lost miserably, which now makes me sad because who would I have become if I didn’t stop trying to write?

Hopefully, I would have become someone like Marina Keegan.

Marina Keegan is the author of a book of essays and stories titled The Opposite of Loneliness. The cover immediately intrigued me when I was perusing my local library’s shelves. An image of Marina in an eye-catching yellow coat, standing in a park staring at the camera with a Mona Lisa-esque smile. From just reading her book, I learned more about Marina Keegan than I’ve ever known about most authors.

Marina Keegan graduated from Yale in 2012. In college she was told that it was nearly impossible to become a real writer nowadays, so she became determined to be one. By the time she graduated, she was already on her way to becoming a capital “W” Writer. She won a great deal of awards for her stories and articles. She had a job lined up at the New Yorker and she was published in the New York Times. She had a long and illustrious career as a writer ahead of her.

She was only 22. This boggles my mind. She never got to work for the New Yorker. Her whole life was set up for her, but never fully got to live her dream as a writer.

The titular essay “The Opposite of Loneliness” went viral after she passed. It was her final essay published in the Yale Daily News just days before graduation. She wrote, “We’re so young. We’re so young. We’re twenty-two years old. We have so much time.” Marina’s prose makes me both sad and hopeful. Here is a writer who believed in herself and her abilities. She almost lived her dream but was then thwarted by life having other plans.

What gives me hope about Marina’s story and works is her determination to write and be a writer against all odds. She had a dream and she fought hard for it. Holding her collection of essays and stories in my hand just goes to show how she eventually succeeded even if she is no longer with us.

Marina Keegan makes me feel like it’s never too late to work hard towards becoming the writer a younger me once dreamed of being. No one knows how long we have in this world so it’s now or never to fight for who and what we want.

And if you ask me, I want to be a writer like Marina Keegan. 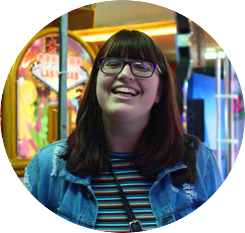 Tiffany Lynn Coelho is a recent English and Women’s Studies graduate from Flagler College. Her dream is to (someday soon) move to a big city and work as an editor in the book publishing industry. She lives for plus-size representation in literature and Thai iced tea. You can follow the highlights of her life in picture form @tiff.coe on Instagram.
Want to contribute to the Capulet Mag blog? See our guidelines here.
Share on
Previous Post Next Post

Samantha is an editor of Capulet Mag and also the resident web designer. She blogs full-time at Samanthability.com from her home in Orlando, FL.